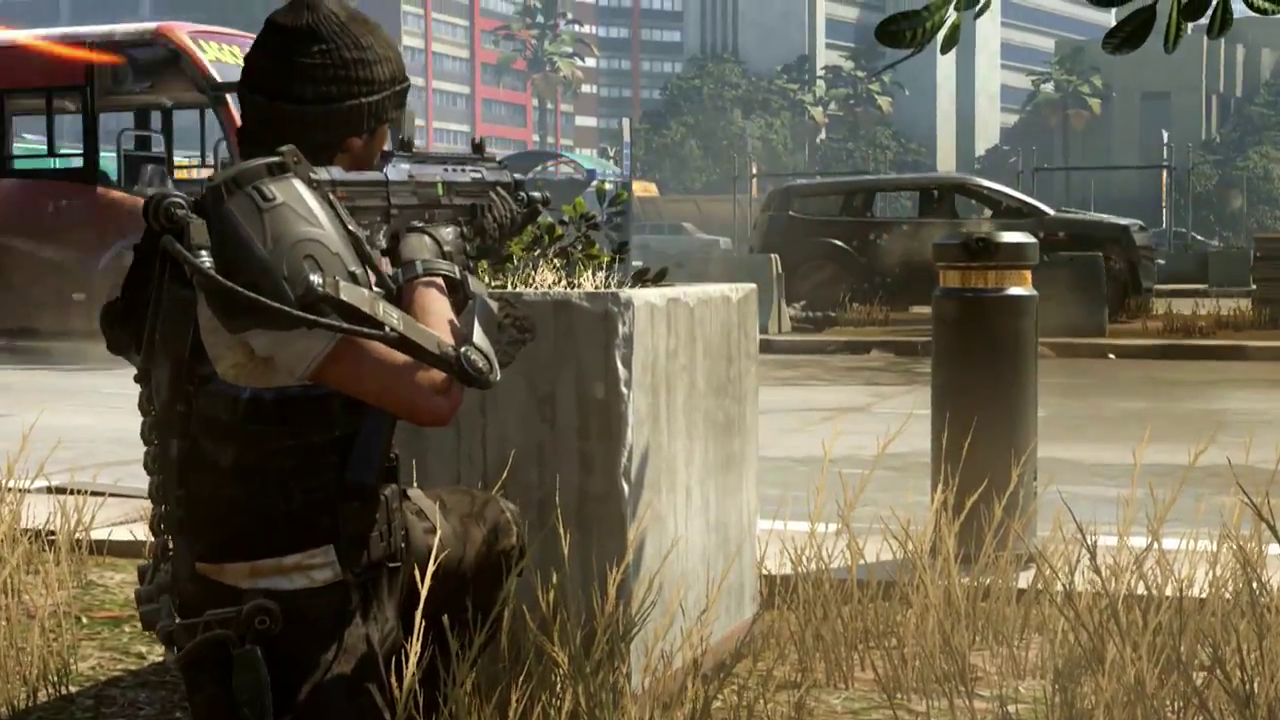 Here is the trailer for Call of Duty: Advanced Warfare. This will be the first COD game on the new 3 year developmental cycle. It will be the first entry done solely by the studio Sledgehammer who enters the fray along side Infinity Ward and Treyarch. While COD: Ghosts sold relatively well, it saw a 30% drop from Black Ops 2. Black Ops 2 came after what could be considered the worst game in the series (MW3) in which both IW and Sledgehammer had a part in. While Ghosts goes on a DLC gimmick frenzy containing Michael Myers and Predator in hopes of bolstering interest, time will tell what is causing the declining interest in Call of Duty. Between the fanbase there are some who are loyal to certain studios that produce the game. Ghosts lack of sales could have been due to a disdain of MW3 as Black Ops 2 still broke previous sales records. It could be another two years before we find out if the series as a whole is getting stale among hardcore player. Even if Advance Warfare fails to beat the previous year, it could be possible most are waiting on Black Ops 3.

This new entry is beyond what any COD has done by the looks of it. One can only see the subtle similarities to Titanfall. There may not be mechs and parkour, but super jumps, and climbing buildings without the need of ladders is certainly eyebrow raising. Then again the trailer is only for the solo campaign, and judgement should be reserved for the multiplayer reveal.