I've been playing Prince of Persia since way back in the Broderbund days. And just as those classic games broke the barriers of cutting edge gaming back then, the new Prince of Persia does the same. Throwing aside the old side scrolling action and breaking new ground with such entirely unique gameplay, the Prince of Persia series is redifined with Prince of Persia: The Sands of Time.

The game is played in 3rd person perspective with camera controls so excellent, you will never miss out on any of the action. If you were to watch someone playing this, you would think the controls would be intimidating. But in fact, the controls are simple to learn thanks to the basic tutorial that assists you through the beginning scenes.

The plot is great because of its simplicity.

To quote a description from the publisher:

A Prince's quest for redemption.

In medieval Persia, Earth's mightiest and most mysterious kingdom, a king and his son defeat the powerful Maharajah, looting his palace of priceless treasure, including an extravagant hourglass and a mysterious dagger. What the Prince does not realize is that these two objects can turn their possessor into an immortal god, and give him control over time itself. Tricked by a dying Vizier bent on harnessing this terrible magic for himself, the Prince releases the Sands of Time, destroying a kingdom and turning its populace into ferocious demons.

Now, it is up to the young Prince of Persia to call upon every resource and ounce of courage he possesses to save his kingdom and redeem his fatal mistake.

Basically, everyone is turned into a sand demon, but as you play, you soon realize there are 2 others not affected by the Sands.. a young woman of the Maharajah kingdom named Farah and the evil Vizier. They both possess objects that protect them from the affects of the Sand, such as the Dagger has kept the Prince safe.

After the Sands of Time are released, you quickly discover that the only way to destroy the sand demons is to absorb their sand into the Dagger of Time. The Dagger also has other abilities, such as if you were to die abruptly by a missed jump, the Dagger can rewind time at your discretion so you can make another attempt.

The Dagger can do this as long as it has sand reserves. To refill the Dagger, simply kill another sand demon and absorb its sand. As you progress through the game, the Dagger will become stronger with every kill enabling you to do other feats than just rewinding time.

The game is tied together with action and puzzle solving. For example: Kill all the enemies in the room, then get from point A to point B to progress to the next area. And this is were the Prince's abilities really shine. By doing combinations of wall running, jumping, swinging, climbing, pulling switches, hitting levers and wall jumping.. this game is sure to keep you entertained.

With no major stage boundaries or level completion notices, Prince of Persia is a constant, fluid, adrenaline rush adventure. 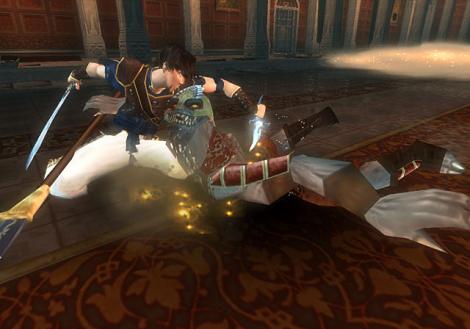 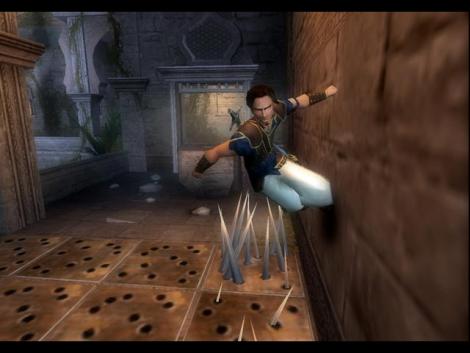 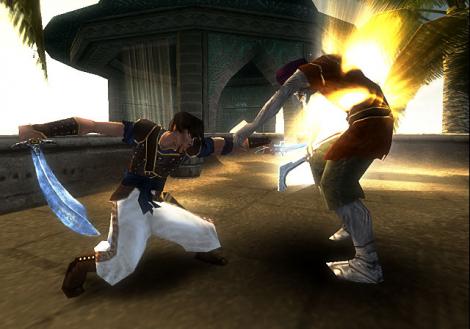 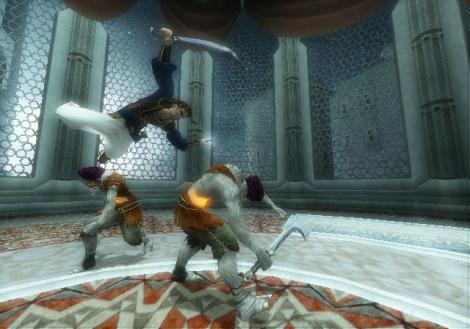