The city of Zolem, floating thousands of feet above the land throws a shadow upon Scrap Iron City. Scrap Iron City is made from the refuse and waste cast down by Zolem and the city's populace consists of cyborgs, robots, thieves and man. Scrap Iron City is where this story takes place as Ido, an exile of Zolem and a cyborg engineer, begins another of his often ventures into the scrap to search for pieces of machinery to salvage. On this fateful day he comes across the remains of a cyborg and quickly realizes that it is still alive. He decides to repair her and when the cyborg awakes, she has no memory of her past. Ido decides to give her a name and that name is Gally.

Gally is kind hearted and gentle, until the night she notices Ido leave unannounced. Gally follows him and discovers that Ido is a Hunter Warrior (bounty hunter) and he is in trouble. Ido has come across a foe more powerful than he expected and is nearly killed; Gally seems to react with instinct and slays the cyborg about to kill her dear friend. Afterwards she tells Ido that she never felt more alive than when she fights and insists becoming a Hunter Warrior as well.

Gally claims many heads and many bounties as a Hunter Warrior and she also falls in love with a young man named Yugo. Yugo has a dream to one day live on Zolem, and Gally does all that she can to help him accumulate the money he needs. But everything falls short with deceit and lies and finally tragedy ensues.

Battle Angel is an excellent story filled with action, love and adoration. This anime is divided into two parts, one titled Rusty Angel and the other Tears Sign. Based off the epic manga titled Gunnm, Battle Angel is a short OVA that pays tribute to the wonderful Gally. 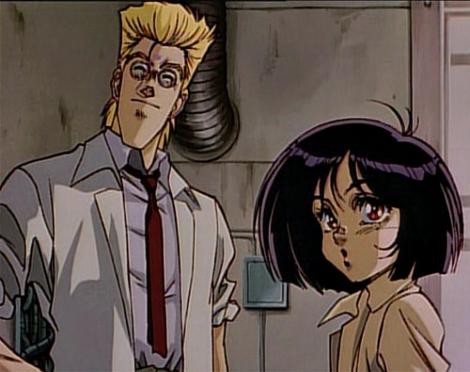 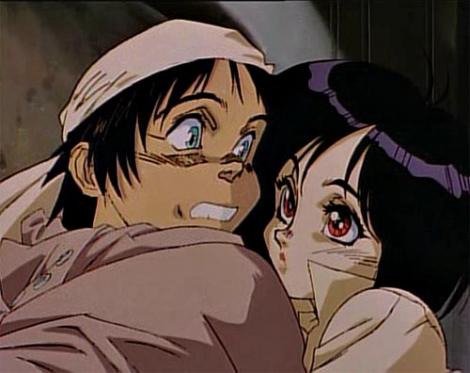 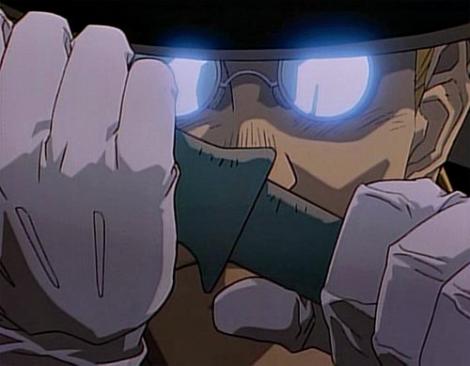 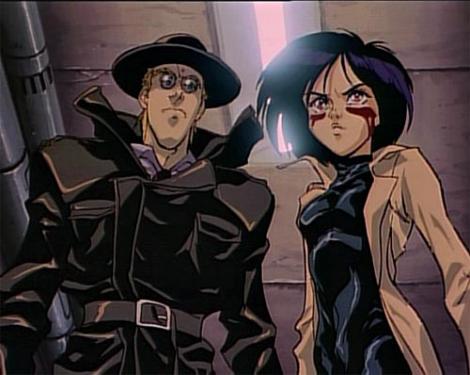