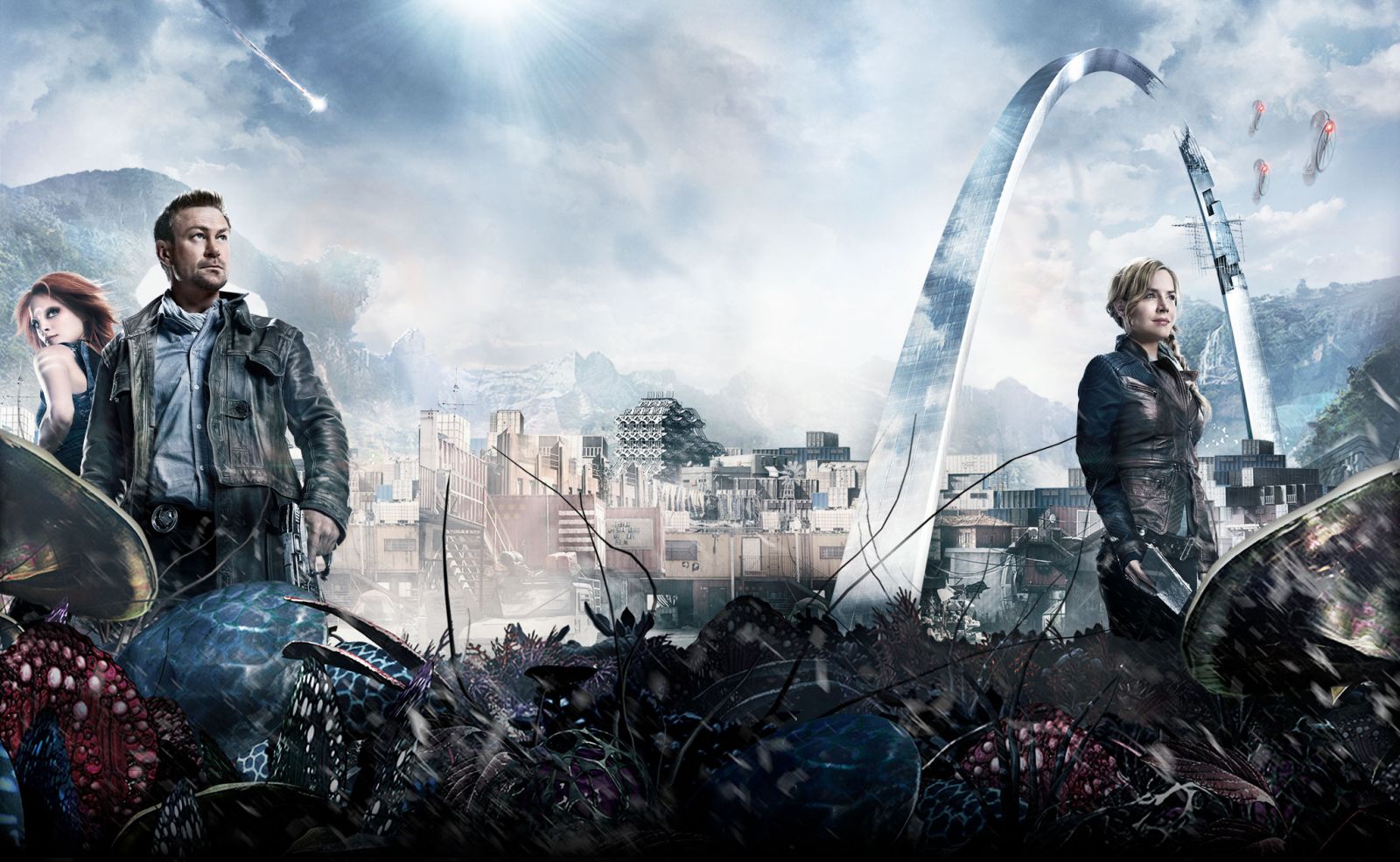 It's time to take back the town in the return to Syfy's groundbreaking series, Defiance. Season 2 premieres Thursday, June 19 at 8|7c on Syfy.

I really liked the first season and I hope season 2 picks up the pace and incorporates some aspects of the game like the EGO system, Nim, the 99ers, Dark Matter, infector weapons, etc. Considering its a series that is connected to a game.. there are very few actual connections between the two properties. It almost feels likes its the same world but to different realities.