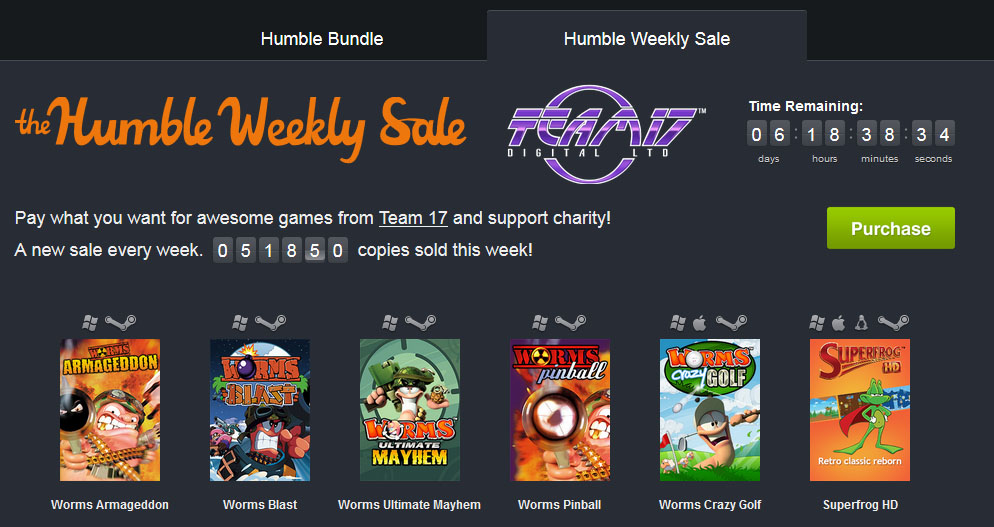 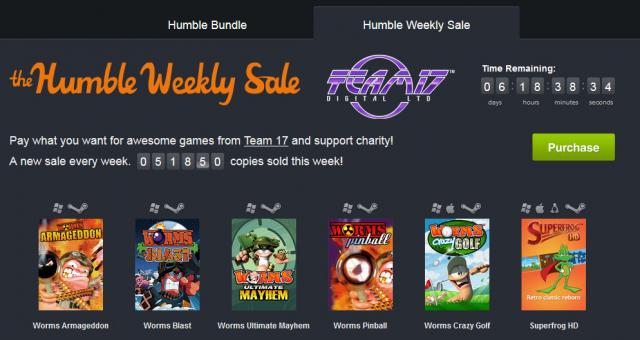 Worms has been one of the greatest games since my childhood. So for me, this is one of the best bundles I've seen for the Humble Weekly sales. A large chunk of Team 17's game collection is now in one bundle. Even though I already own most of these games, I'll get that first part of the bundle just for Worms Armageddon and Super Frog HD.