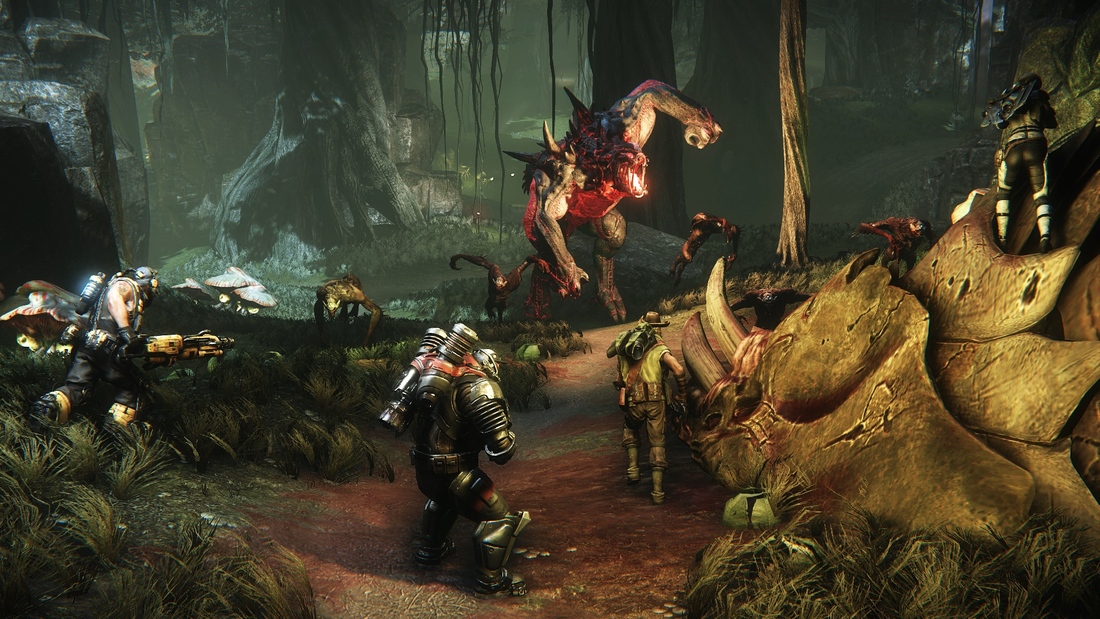 The creators of L4D are trying to change the way we play multilayer with their upcoming game called Evolve. Evolve attempts to combine the world of co-op with the world of competitive multiplayer by pitting four players against one. Four on one doesn't sound awful fair at first until you realize that the one player gets to control a giant boss-like character, while the other four have to try to take them down with four traditional sized characters.

Go here: http://evolvegame.com/sweepstakes/sweeps.html to enter the sweepstakes and take along 4 friends to PAX East to be the first to try it out!