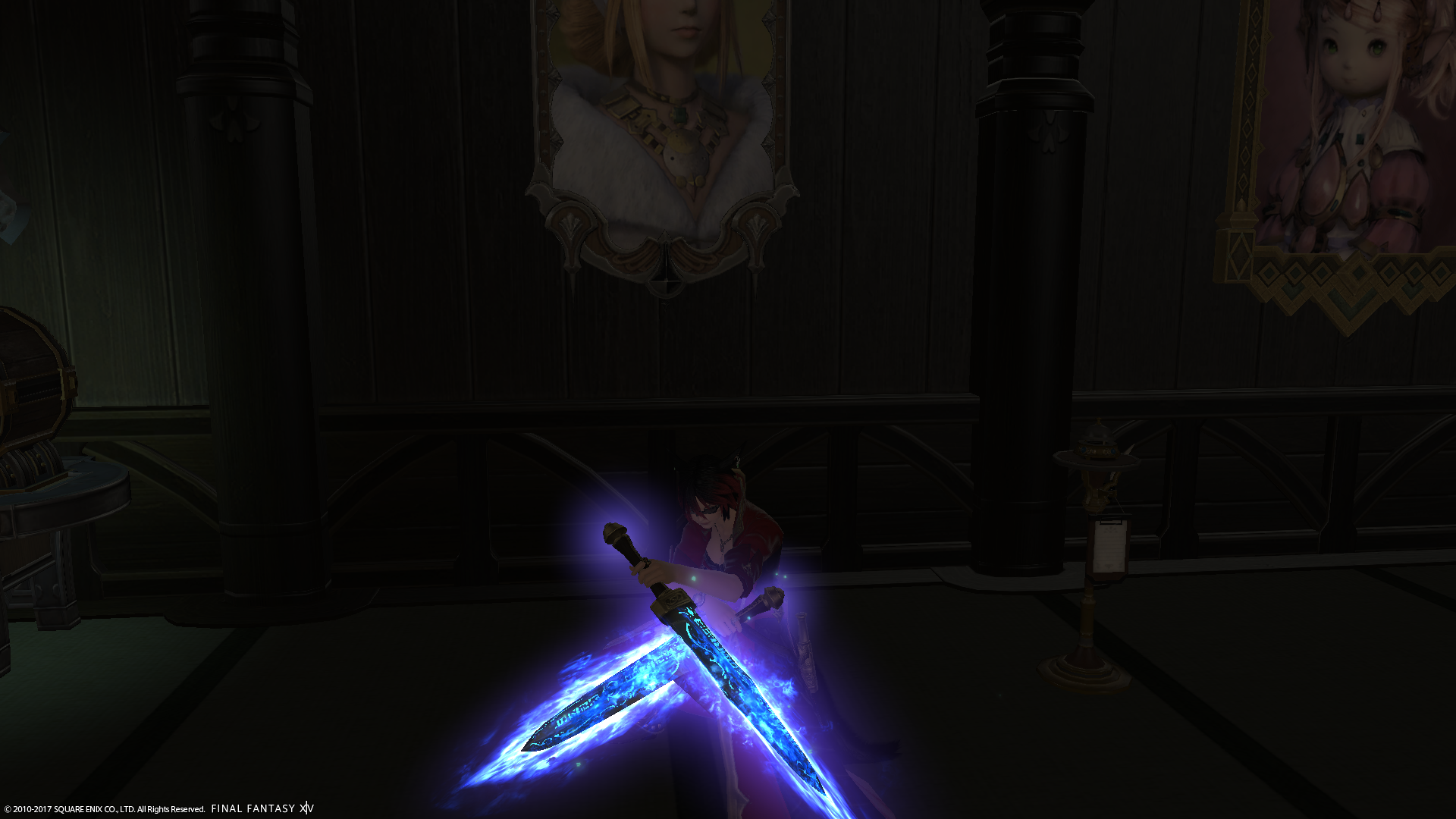 So, to my surprise, they actually added another step in with patch 3.55a bringing anima weapons up to par with the raid weapons of the game (item level 275). So I now have a weapons on par with the best weapons in the game and probably better for me anyways since the weapon is tailored to what I want.

I do like the blue glow it has now but I still think the swords are rather bland looking. I might glamour the Spurs of the Thorn Prince over them at some point but that blue is just to pretty. On a side note I've actually had these done for two weeks an took the screen shots shortly after getting them but I was, yet again, too lazy to post the pics (that and Horizon took all my free time that weekend).