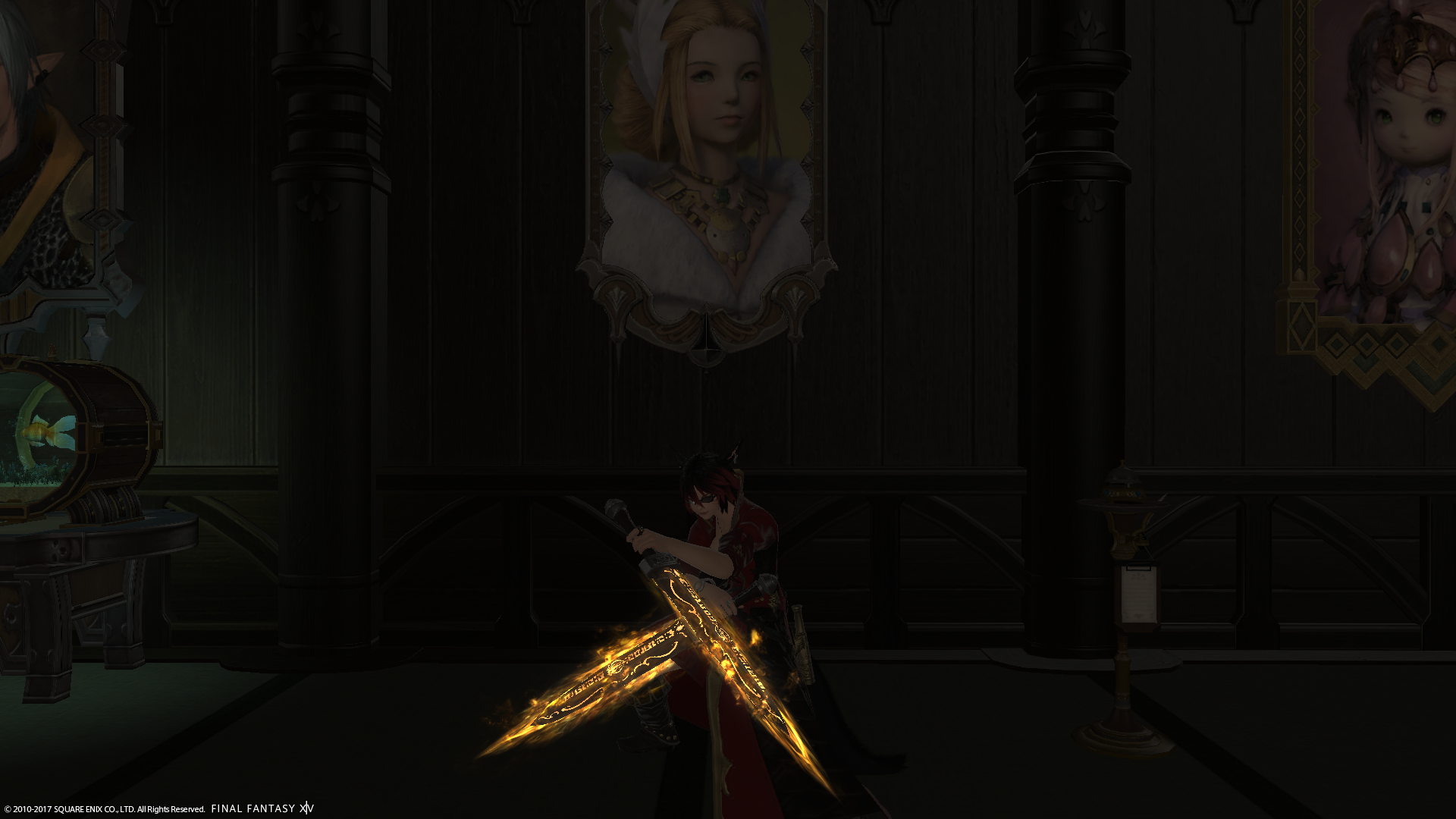 So yeah, here's the completed Anima weapons. It's been done for about a month but I've been to damn lazy to upload the screen shots. Quite frankly I don't really like the looks of it so I'll probably buy a replica of the step before it and glamour it on these.

I'm just so freaking glad they're done after grinding A1S (first raid dungeon on Savage difficulty (Alexander)) for two weeks straight. There's supposedly another step coming in the next patch but whether it changes the weapon at all or not I don't know but if it does I'll post pics.