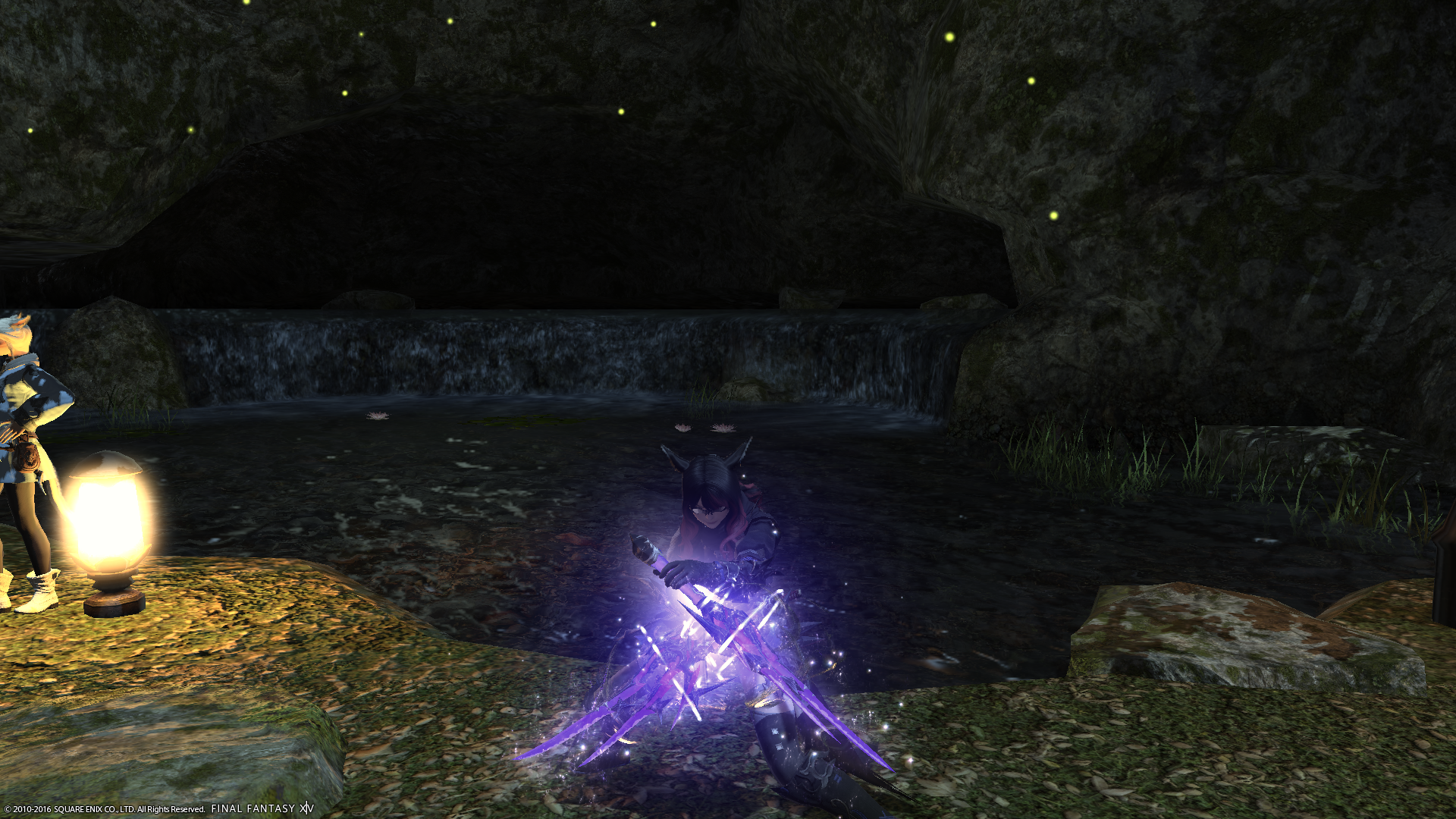 I failed to do this when I finally got the weapon upgraded to it i260 version two weeks ago. Wasn't a hard quest to do which means when patch 3.5 hits the last step for i270 is going to be a bitch. As you can see the weapon now has glowy bits on it (as I predicted) and it's called the Sharpened Spurs of the Thorn Prince.

Yes my glamour on my armor has changed mostly due to replacing my old gear. What you see is a mix of the i210 Ninja Relic Armor (or the Iga set as it's called. Those pieces would be the chest piece, gloves, and boots), the Miqo'te Female Skirt dyed black (starting clothing when you first start out as a female Miqo'te (the cat race that my character is)), and the Minstrel's Spectacles dyed black. Might be hard to make them all out in the image but that's what the armor glamour is made up of. Wanted to go for a more ninja feel until I get my Alexander Chest piece so I can glamour that with the rest of the set onto my armor. Any character you might see in the screenshots are NPC's by the way, I took these screenshots in the city-state of Gridania (whose Grand Company (Order of the Twin Adder) my character serves in as a First Serpent Lieutenant).