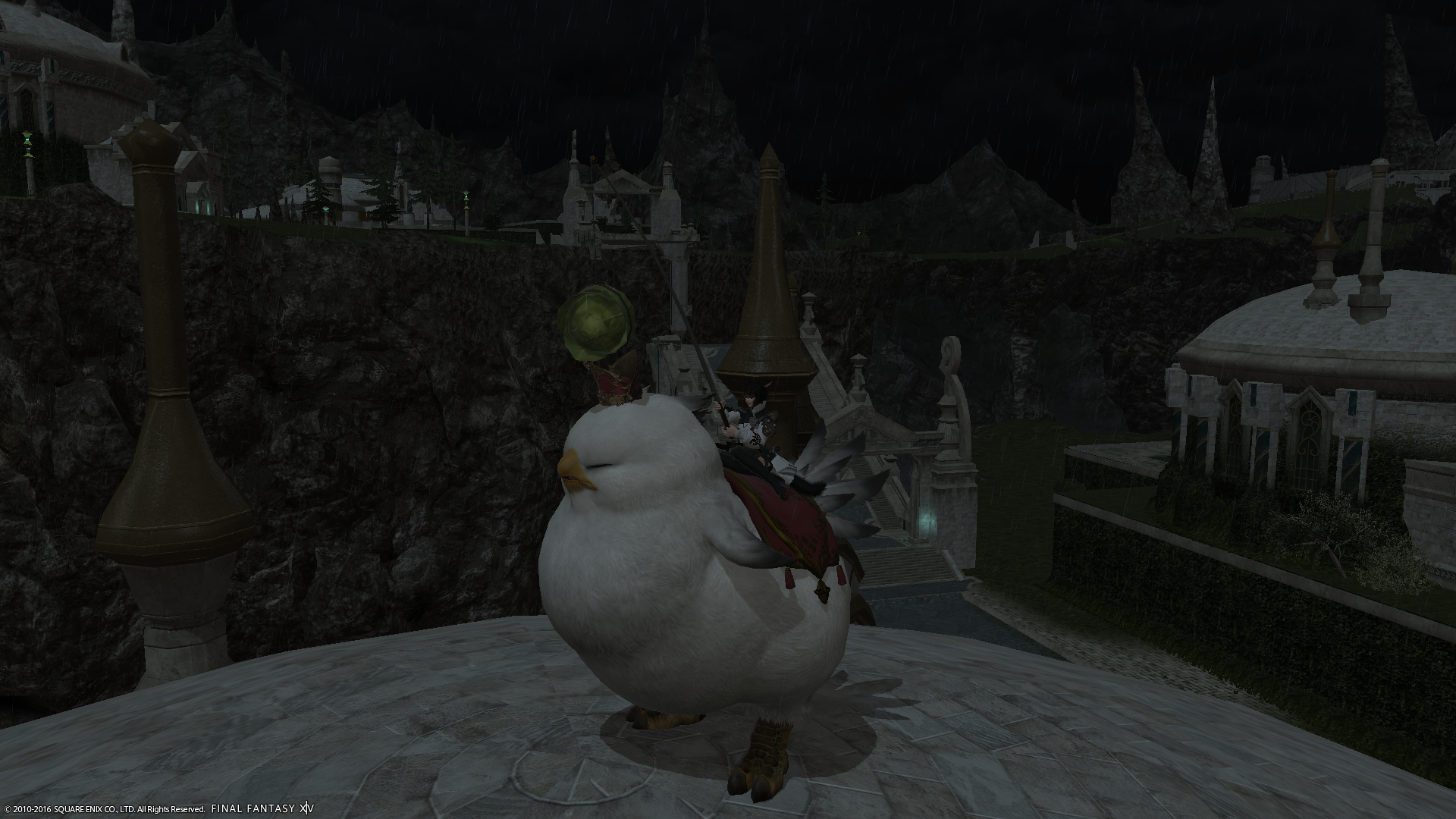 Here's a pic of the White Fat Chocobo (or Original Fat Chocobo as it's called in game). I received this when I got my Maid set (I'll post pics later of my White Mage who's gear is glamoured to look like a maid, I have them taken just haven't gotten around to uploading them) during that Amazon promotion. He even has a little crown. His animations are exactly the same as the yellow one so that's why the greens are present again.