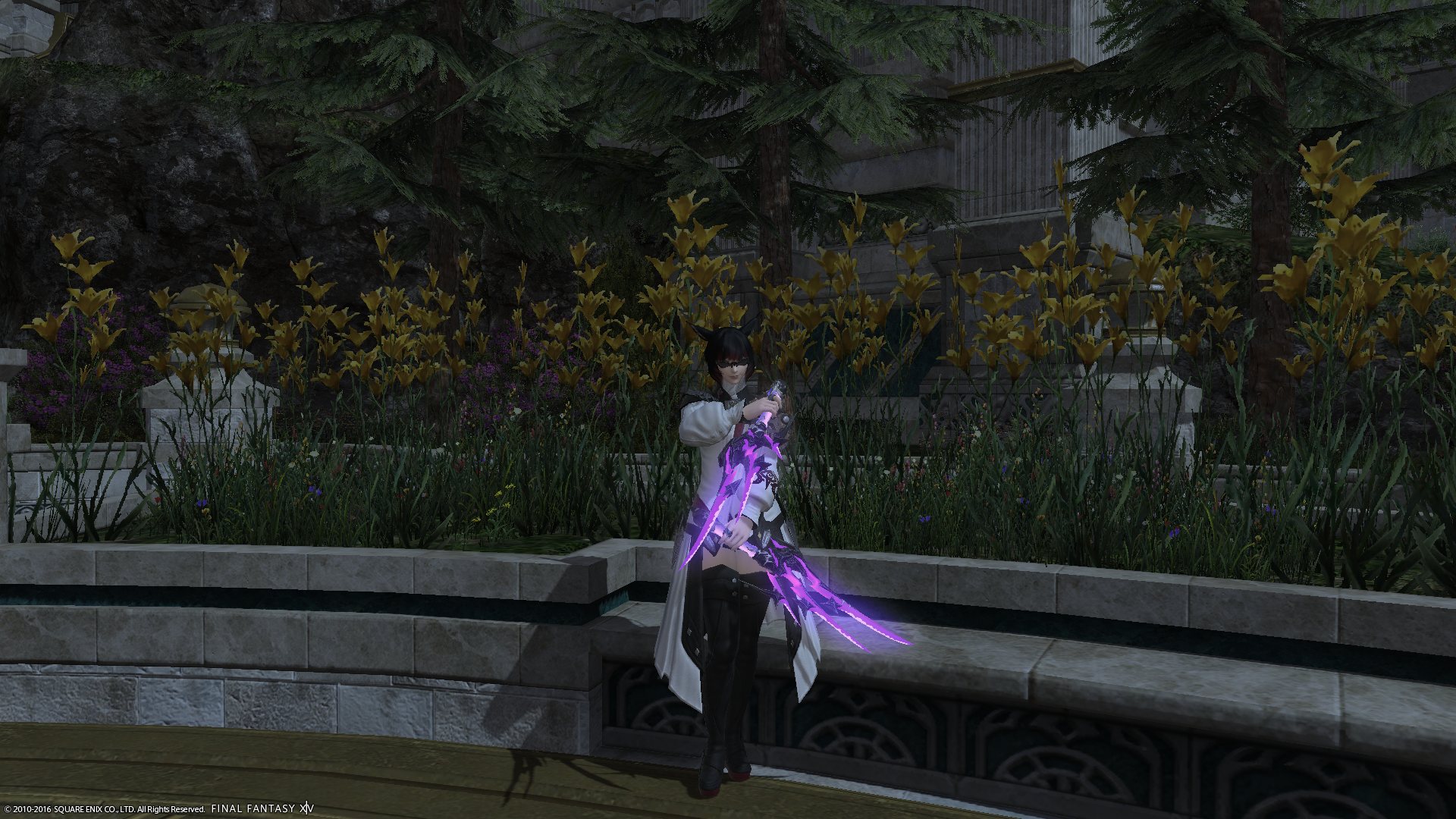 So after months of grinding I finally finished my anima weapon's quest line (and right before patch 3.4, well until patch 3.45 when they add in the last step) and got my Spurs of the Thorn Prince for my Ninja. Also since I've never actually posted any photos of her here is Aylanis, my main (I do have alts but she's primarily the character I play the most (I have 78 days of total game time on her, I need a life)).

Depending on if others want to see them I can take screenshots of her as a Monk, White Mage (not much to really see as she's glamoured to look like a maid), Dragoon (though I warn you her armor is goofy as hell on Dragoon, I kind of let that job take a sideline to the others), Bard, and Machinist (though my Bard and Machinist look the same just with different weapons as they share the same gear). Also she's currently glamoured to look like my favorite NPC in the game (her name is Y'shtola and yes I paid real money for her gear set).