I've found that Dark Beer is only for a few people. Amongst the majority of American beer consumers, a lot of them do not like the harsher taste of Porters and Black Lagers. I guess the best way to put it is: If you like you're coffee black, then you might like dark beer. Anyways here are my top five personal favorites. Sierra Nevada Porter is probably the most bitter out of my top five. It will definitely put some hair on your chest. Its very thick and creamy. Sam Adams Honey Porter sweetens the pot with a touch of honey. The bold thick taste of any porter is still dominant in this beer but the honey smooths the aftertaste for those that stay way from dark beer for that reason alone. It also has small hints of chocolate. Yuengling Black & Tan is the where to start if you want to get into darker brews. B&T has a much smoother taste than most dark beers and doesn't bite as much at the end. 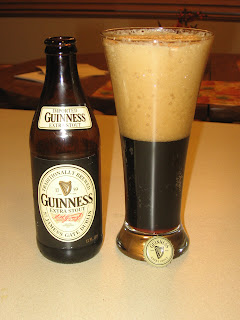 Guinness Extra Stout. Its Guinness... but better! I once thought this was the strongest tasting beer ever. After downing hundreds of them, I've acquired a resistance to its bite. I really can't say why this is my 2nd favorite of the bunch, maybe because its the first dark beer I ever tried. 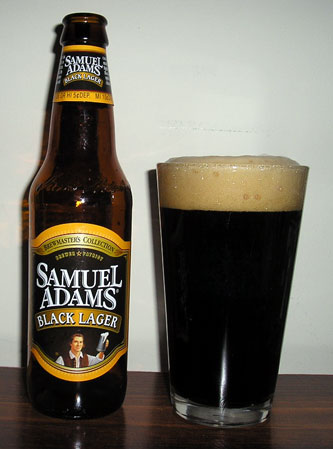 Ah. 2 Samuel Adams in my top 5. 3 out of my 2 lists, and 2 of them get 1st place... What can I say? Sam makes good products. Imagine the stout of Guinness paired with the ultra-hoppiness off Boston Lager... thats what we have with their black lager. Its strong, and its potent. You could put a flashlight up to it and light will not shine through it. X'D This beer is my favorite dark beer, but I definitely have to be in the mood for it to drink it.