So the State of Alabama finally repealed one of the most stupid laws in history. For the longest time there has been a ban on beer that contains more than 6% alcohol by content. There was no real point to this law as anyone could go to the liquor store and pick up some 100 proof products. Now that Alabama has freed the hops we have access to specialty beers we never could have before. I've been trying as many as I could the past few weeks and I've found a few worth mentioning. 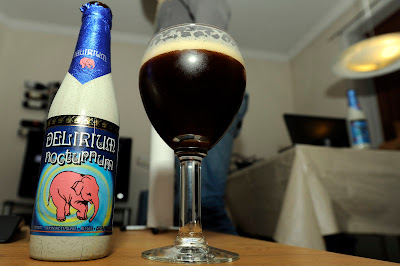 Delirium Nocturnum is probably one of the best tasting beers I've ever encountered. And it damn well better be for the hefty $20 price tag for a pack of only 4 bottles. This was a huge gamble that paid off. Much like Booker's is to bourbon, its not something I'd go out and buy every time I want beer because its affordability just isn't practical. However, this is definitely a top notch special occasion choice. Although its a dark beer, its very smooth and refreshing. According to the label, its been brewed since the 1600's so they must be doing something right.

Another great beer I've encountered is from England's 300 year old Samuel Smith brewery. This Nut Brown Ale is a stronger tasting beer with a ,you guessed it, nutty after taste. I will definitely be picking up their other products and giving them a try. These will run you around $12 for a four pack. Not quite $20 but still pricey... But hey its a specialty beer, not a domestic. 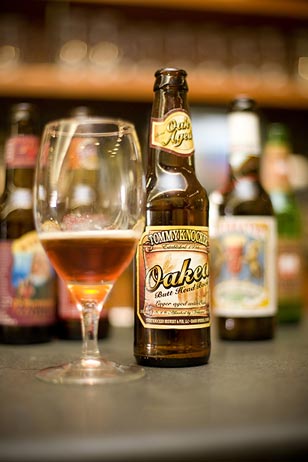 Tommyknocker's Oaked Butt Head Bock holds a special place in my heart. Being a huge bourbon fan, the oak taste of this beer really sits well with me. The beer is cured in whiskey barrels, making it one of the most unique beer's ive ever tried. Its very smooth and extremely satisfying. It's alc content of almost 10% doesn't hurt either.

At first glance, 4 packs may seem a bit of a rip off... but the upside is... if they aren't good, at least you only have 3 more to drink! X'D (Stay away from Great Divide's Yeti... that's one example)